The Conspiracy (2012)–Interesting, If Wordy Mocumentary

Watched the 2012 Canadian mocumentary movie, The Conspiracy. It is kind of wordy but pretty interesting. Check out the video for the full review! 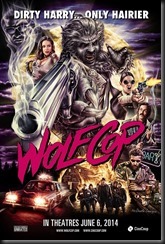 Today I take a look at the 1981 dark comedy, Neighbors, starring John Belushi and Dan Akroyd. I’ll explain why I feel this is one of the best dark comedies and why it has stayed fresh in my mind over so many years. Check out the video review below:

Hey folks! Here is my Review/comparison of 1987’s Robocop versus 2014’s Robocop. I loved the original and was a little (okay, more than a little)…nervous…yeah, nervous about the reboot. Well, it’s pretty good. Better than the original? Chaeck out my video review below and find out.

Also, when you are done that, go to colexions.com to check out all the retro gaming goodness there.

A New Beginning: I Will Be Doing Movie Reviews For My Favourite Retro Site!

So, my fine feathered friends, I have a little news for you all. Not only will I continue writing my reviews for this blog, but I have also been asked to supply movie reviews for my favourite gaming community over at colexions.com. If haven’t been there and are a fan of retro gaming and collecting, then I suggest you go NOW. Check out other collectors and all their goodies, and get yourself registered and share your own collection.

I’m pretty excited to start contributing my reviews over there. I think I may go with video reviews, something that I am considering for this site also, though I haven’t made a firm decision on that as of yet. Check out the really short (and really cheezy), intro video I created for colexions.com below:

In celebration of George A. Romero’s 73 birthday we decided to watch 1988’s Monkey Shines. I haven’t seen this movie since it was released originally and my memories of it were vague. Heck, I didn’t even know it was a Romero film until my friend suggested we watch it due to Romero’s already mentioned birthday. I’m glad I re-watched it.

Monkey Shines is the store of Allen Mann (played by Jason Beghe), a young man in the physical prime of his life who is rendered a quadriplegic when he is hit by a vehicle while jogging. Not taking the transition well, Allen’s friend, Geoffrey Fisher (played by John Pankow), arranges to have one of the monkeys that he’s been injecting with a formula to make more intelligent trained as a helper for Allen. At first this works great. The monkey, now named Ella bonds will Allen immediately and proves herself to be a great assistant and companion.Already bright, it soon becomes apparent (to Allen, at least) that Ella may be even more intelligent than she lets on. He believes that she may be getting out at night and somehow projecting her adventures into his dreams. Allen, too is changing: he becomes more angry and unforgiving. Soon things start happening to the people and things that anger Allen, and the only explanation he can come up with is that Ella is in tune with his thoughts and feelings and is acting on his dark thought. When Allen shares this belief  everyone around him just thinks he’s imagining things. Ella works up a significant body count b at the time before anyone finally clues in that it is the monkey.

Back in 1988 when I first saw this film I didn’t really appreciate it, and remember being a little disappointed with the movie. I’m not entirely sure why, but I remember that is how I felt at that time. I don’t know what I was expecting, but perhaps the 18-19 year old me was a dumb-ass.

This movie was pretty damned good, and I definitely suggest it as a watch.

Well this movie came out of no where – a Netflix suggestion for a friend of mine, it’s a movie that neither of us had heard of before. Well, I’m kind of glad we watched it.

The gist of the story is a stripper in 1984 Texas, Cherry, gets raped and beaten in the “Champagne” room at the club she works at. The perpetraors get away with it through collusion and intimidation. Without legal justice, Cherry, and reluctantly her brother, take matters into their own hands and exact mortal payment for their trangressions.

Yes, this is a tale of revenge. The acting isn’t great and the story is simple, yet I enjoyed this pseudo throw back to the 80s. Plus: it’s always fun watching assholes get what’s coming to them. Also, they are being stocked by a tough, ugly and huge hitman.